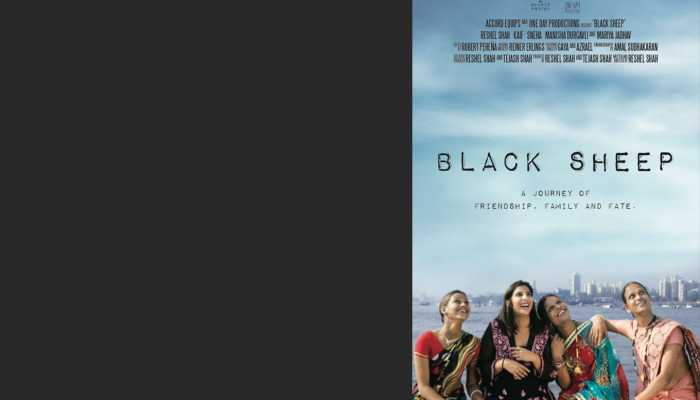 Film lecturer at SAE Dubai and independent filmmaker Reshel Shah Kapoor picked up two awards for her documentary feature film titled 'Black Sheep', at the Human Rights Awards and World Documentary Award hosted in Indonesia yesterday. Under the umbrella of the International Film Festivals, a group dedicated to give honor and appreciation to people who work and dedicate their lives fighting for human rights, the awards were established to support the United Nations in promoting days dedicated to humanitarian causes.

The spotlight continued to shine on Reshel as she brought home awards in several other categories at the festival, including Human Rights Filmmaker of the year, Best Humanitarian Film of the year and the Filmmaker of Inspiration award for her feature documentary film. 'Black Sheep' was made possible with the support and backing of other SAE Dubai faculty members and alumni and took two years to complete. The film project, braced by One Day Production and Accord Equips was completed in November 2015 and has since been entered into 16 international film festivals.

"The whole experience was invaluable and I couldn't have made the film without the support of my friends, family and colleagues and alumni from SAE Dubai" said Reshel "Having the resources to produce a film like this would have been tremendously difficult without the support and input especially from my crew, SAE Dubai alumni, who played a major role to see the film through. I'm very grateful to have had the resources to see the film come to life on screen! It has been an incredible journey and I am truly grateful to be able to share it with the world."

The film takes the viewer's through a journey of friendship, family and fate following the filmmaker Reshel Shah as she spends time with a close-knit group of trans-gendered women in Mumbai, India to understand more about the gender inequality and the struggles they face in their everyday life. 'Black Sheep' follows Reshel as she develops a close bond with these women who share their life experiences with her, teaching her about their love, work, friendship, dream and goals in life. The film's plot is an honest portrayal about life and its struggles but touches on the acceptance of more than just equality and the importance of following one's dream.

Reshel is already working on her next feature film that is currently in development and funding stages with a projected date to commence filming by the end of the year. Her second film titled "Le Passant" which means The Passer By, will also take on a humanitarian approach.

SAE Institute was established in 1976 as the world's first practical school of audio engineering, in Australia. SAE has since expanded to become a global network of colleges offering practical vocational and academic programs in a wide range of media disciplines including audio, multimedia, animation, games, graphic design, digital film, and interactive entertainment.

SAE Institute can now be found in some 24 countries, on five continents with over 55 campuses.